For a free advance copy of my latest book, “Circumstances Lie”, CLICK HERE OR Text 'EZBOOK' to 474747

For more information about My Practice Zone mastermind or to connect with Greg, visit www.noheadtrash.com or email greg@noheadtrash.com

Greg is a business owner, speaker, podcaster, best-selling author and high-performance health coach who helps people move past circumstance to calling, beyond brokenness to breakthrough. Greg Believes that "Circumstances Lie" about what's possible and that brokenness is the opportunity for Breakthrough in your life, your business and your people.

Greg is the International Best-Selling author of

·        Broken – how being broken unlocked the greatest success of my life

·        A Journey of Significance – the Story of Albert Diepeveen –moving from Success to Significance.

… and the exciting release of his 5th book, titled “Circumstances Lie”, ‘There’s more going on than you think.’

It’s GREG from the No Head trash Nation – where we CONSPIRE WITH EACH OTHER to KNOW our purpose, live with passion and become the people, the allies, the army, the crazy determined, full of belief people we were created to be… whew…. Had to get that out….  Ha ha

Let’s talk about something TOP SECRET…

Now maybe this won’t ring a bell with you, but for me it’s the most sneaky, underhanded, behind the scenes dirty dog – thumb on the scale of your life issue that NEVER gets talked about…

Did I oversell that one? I don’t think so. Let me take a second to tell you why this is hitting me hard today and what I’m planning to do about it. This isn’t something I have nailed down and now I’m going to share my expertise with you… it’s something I’m testing, something I’m struggling with and probably a lot of you have it wrapped up with a nice bow on it… and if you do, I’m just going to tell you right now that YOU …are my HERO…  or you’re a liar…. But whichever you are, I hope you never stop chasing after this one….

But I think this is going to be another one of those issues where we can all SPEAK to this issue – and tell other people how to handle it – but we are PATHETIC at doing it ourselves.

You know, I used to think – ok sometimes I still get caught up in this trap – that when people shared a problem with me, they were looking for a SOLUTION… that I had to come up with the right magical words to day and they would be like… OMG Greg, you’re so smart. You’re so brilliant – I never though of that myself.  DUH. Your words of WISDOM just changed my life….

But in fact, I HATE IT when people do that to me. Cause THEN it becomes a battle of logic and the things we really face, really need to overcome – are NOT about logic. Did you catch that… if logic were the answer, we’d have bullet pointed and check boxed ourselves into perfection by now… IT DOESN”T HAPPEN…

We talk to groups, we post, we podcast and we think we’re telling people something we’ve figured out… until we read a book like Think and Grow Rich – like I did during this past year and did a 20 video series with my friend John Nimmo – and you realize all those ideas you thought were breakthroughs… yeah, they were written about in 1937 better than you can write them to day….  NOTE TO SELF – there are no new ideas – there are only ways to bring them to life – and share our own struggle to climb higher and go farther with them.

So … back to the dirty little secret.  Wow, this pod cast could go five different directions here, so I better focus in.

Exchanges. Here’s the deal. Everything in life is a tradeoff. You got it… Whether you realize it or not, admit it or not, want to think of it that way or not, it’s a tradeoff. And until you start asking yourself what the trade is – you’re going to make BAD CHOICES… I’m just saying… it’s the truth.

Now I’m just being honest – I don’t like thinking about this… Seriously, I don’t like it. I don’t like what I’m going to suggest here, but the meter is running and I feel like I’ve got to warn you that nothing you really want is going to take care of itself. Nothing you dream of will magically appear. No mysterious momentum will occur without leaning into it, without making some exchanges that position you for that momentum….  Here’s what I mean

I was exposed to this idea the other night on a training I was participating in. Why was I involved? Did I want to jump on that zoom call at 7pm after a long day? Was the TV broken? Weren’t there five other things I would have enjoyed doing? … you know what I’m talking about…

So, the statement made was this – Goals are not about GETTING – they are about GROWING.  BOOM

Now that’s a lot to take in, right? Because we’ve gotten so good at explaining why we’re not getting OR growing. We imagine that the exchanges we’d have to make are overwhelming – they are so big, they are so HARD – that we settle in to our easy chair and calm ourselves by picturing how hard it would be to take action and how much nicer it is to do this… whatever THIS is…

Sometimes we even get busy doing stuff… because busy can calm us too, right? Oh… I’m going to work on my business… we start organizing things, categorizing things, making lists… NONE of which actually accomplish anything.

What if we really understood the exchanges we’re making?  What if ONE MINUTE here and ONE MINUTE there was all it took to reach our goals?

What if simply asking the right question, identifying the exchange we’re making was all it took to be healthy physically, mentally, in our relationships, faith and finances?  What if that’s all it took?

All I can say is what I know about myself. I put off tasks and build them up in my head – looking for a GOOD TIME to do them – and then when I finally get around to it, it takes like five minutes.

·        An intentional conversation with someone I care about – and yes you have to plan those my friends – or at least I do.

And this is the biggest one of them all.  It takes like five minutes and I like to do it twice a day… and no, I don’t always get it done but I need you to hold me accountable to this.

Here it is… game changer - big time exchange if you’re willing to make it!  Which I’m guessing once you hear it you’ll say… oh it’s not that big a deal – good one Greg - and you won’t do it, no matter how much you say you want those goals and dreams to come true.

Take five minutes every day first thing when you get up and last thing before you go to sleep and read your clear Definition of Success OUT LOUD to yourself. (which means you have to write it – but this is something that gets refined over time so don’t stress on it)

You say – I know what it says, I don’t have to keep reading it.. REALLY? That’s not my experience. I read that thing and I tweak it and I am reminded very vividly of things that are NOT top of mind today. I remind myself what it would look like to be physically successful, mentally, relationships, faith and finances. – I remind myself who I am – my identity – what the evidence would be that today were successful and what my future self looks like…

That… my friends is the ultimate exchange. We always think it’s about doing hard things – but it’s not.. it’s about doing the things that other people are NOT WILLING TO DO… and trust me when I say this is one of those things. Only people who want daily traction toward their goals will do this, even though it’s one of the simplest things you could ever do. Maybe we can do a podcast breaking this down more completely, but really anything you do is progress. Use your imagination – take a risk and believe you can be more than you ever imagined… then imagine some more. It’s a good thing.

It’s time to get clear about the exchanges you’re making and create some personal momentum toward unlocking your purpose, living with passion and becoming who you were created to be.

Next Episode All Episodes Previous Episode 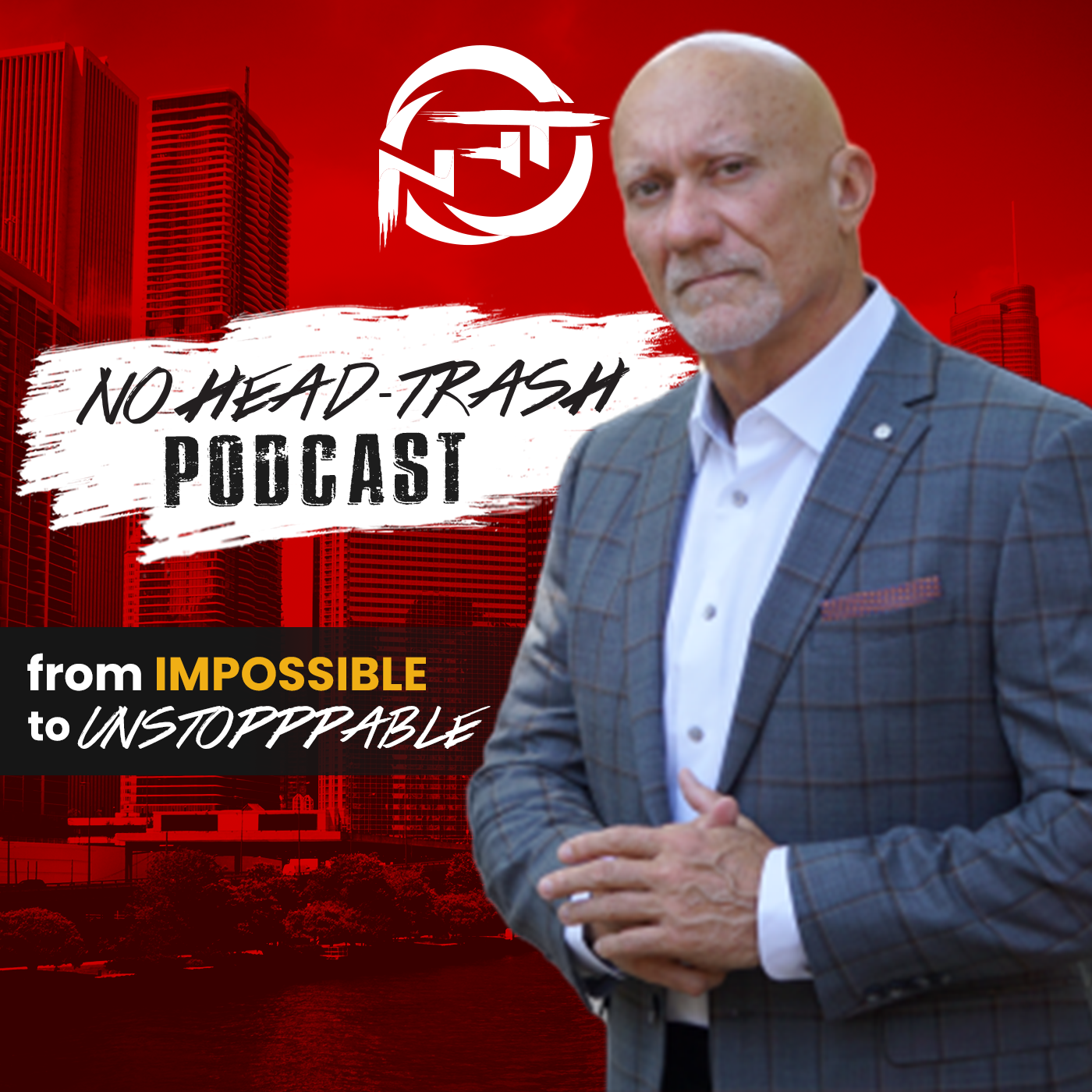 The No Head-Trash Nation
Circumstances Lie but you don't have to listen.
There is a GAP between where you are and where you want to be. In that GAP is the Zone of HEAD TRASH. This is the ATROCITY preventing us from what we're capable of and it's time to talk about it. Feel the passion and hear the RANT of "Yates In Your Face" content and real-world examples of how real Head Trash is and how others have unmasked it in their physical, mental, relational, spiritual and financial lives. ... We need each other to Unlock our Purpose, Live with Passion and become who we were CREATED to be. *** Join the No Head Trash Nation on Facebook*** 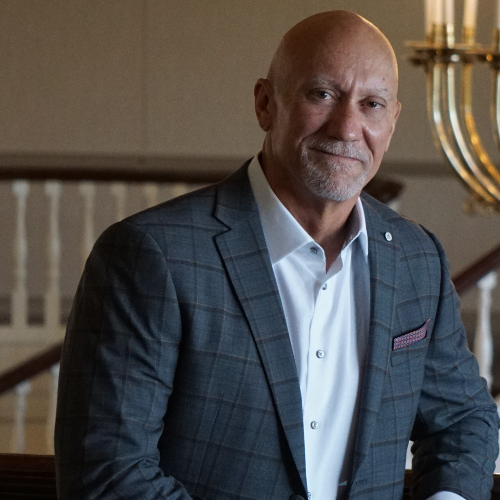 BIO: After more than 30 years in business, owning as many as 14 businesses at one time with hundreds of employees, Greg found himself under the influence of Head Trash when the Real Estate market crashed. In denial, Greg made decisions that ultimately cost him tens of millions in capital and a year in prison. Going from massive success to the brokenness of failure, Greg came face to face with the ‘head-trash’ that had blocked his decision-making process and left him isolated as a leader. Now, Greg trains high-level teams the 4 essential GETS if they want to Break through the barriers of Head-Trash. Greg takes leaders into a training environment he calls The Practice Zone where these four essentials and the HABITS necessary to implement them can be intentionally developed for success. Greg is the author of 4 books and his 5th book, entitled “Circumstances Lie”, will be released in the fall. His first book, “Broken, how being broken unlocked the greatest success of my life”, details his life, leadership, success and the entire story of his legal battles and prison. It’s a brutal story with extensive details Greg journaled in prison and how his return home sparked the desperate search for a new belief system and significance. Greg is a speaker, author, trainer, and coach but his ultimate mission is building the “Practice Zone Mastermind”, where men who are Christian Leaders can connect, train and network together. Men in leadership need a place to have conversations they can’t have anywhere else. Greg believes this network would have prevented catastrophic brokenness in his own life and is sharing purpose, passion and potential as the catalyst for exponential Breakthrough. "THE NO HEAD TRASH NATION" Podcast is where Greg rants about the Head Trash that's holding you back in short, inspirational bursts that bring clarity and focus for the Leader.
https://www.noheadtrash.com